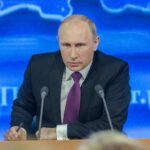 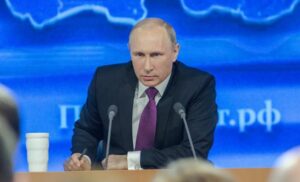 President Vladimir Putin ordered 10% rises on Wednesday in pensions and the minimum wage to cushion Russians from inflation, but denied the country’s economic problems were all linked to the war in Ukraine.

With annual inflation near 18% last month, the Kremlin leader acknowledged that 2022 would be a “difficult” year for the Russian economy.

“When I say ‘difficult’, it doesn’t mean all these difficulties are connected to the special military operation,” Putin told a televised meeting of the State Council in Moscow.

“Because in countries that aren’t conducting any operations – say, overseas, in North America, in Europe – inflation is comparable and, if you look at the structure of their economies, even more than ours.”

His comments ignored the fact that rising inflation in Western economies is in part a direct consequence of Russia’s war in Ukraine, which has driven up prices for energy and food around the world.

The pension increase comes into effect from June 1, while the minimum wage hike kicks in on July 1. Analysts said the steps would not prevent a sharp fall in real incomes.