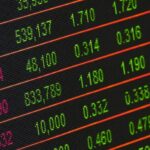 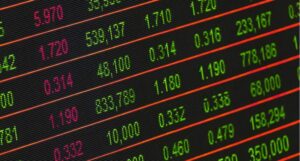 In response to Friday’s worse-than-expected inflation reading, which makes another drastic rate hike a foregone conclusion ahead of this week’s Fed meeting, stocks were getting hammered on Friday and Monday. The S&P 500 dropped 2.9 percent and 3.9 percent in consecutive trading sessions, leaving it in bear market territory for the first time since the pandemic hit in March 2020. As of market close on Monday, the index had dropped 22 percent from its previous peak on January 3.

With supply chain issues persisting, the war in Ukraine dragging on and inflation heating up despite aggressive action from central banks, there’s little hope for investors that this bear market will be as short and (relatively) painless as the one brought about by the Covid-19 pandemic in 2020. Back then, the S&P 500 bottomed out just 33 days after its previous peak, making it the shortest bear market on record. After a remarkable bull run that saw investors largely unfazed by the ongoing pandemic, surging inflation, the Russian invasion of Ukraine and global supply chain issues are casting a large shadow over the economic outlook, however, stifling optimism and fueling fears of a prolonged recession looming on the horizon.

As the following chart shows, bear markets are not an everyday occurrence, thankfully, with the latest one being just the fourth in the 21st century. Looking at past bear markets all the way back to the 1970s indicates that things could very well get worse before they get better. In the previous seven bear markets, the S&P 500 dropped by an average of 38 percent before turning around and it often took years before the index had recovered all of its losses and returned to its previous peak.