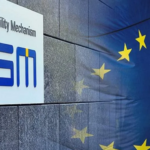 “The Greek economy has recovered dynamically from the pandemic, due to strong domestic demand and tourism”, says the annual report of the European Stability Mechanism (ESM) for 2021, which was approved today in Luxembourg by the Council Summit.

In particular, the ESM report points out that Greece’s economic activity increased by 8.3% in 2021, effectively recovering the production losses recorded last year, due to the effects of Covid-19.

“The European Commission will propose today the end of enhanced surveillance of the Greek economy”, said Economy Commissioner Paolo Gentiloni, attending the Eurogroup meeting in Luxembourg.

“This is an important step for Greece,” he said.

“If our proposal is approved, as I think it will be, it will be an important step in the right direction”, he said.