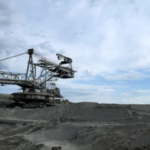 At Greece’s largest coal mine, controlled explosions and the roar of giant excavators scooping up blasted rock have once again become routine. Coal production has been ramped up at the site near the northern Greek city of Kozani as the war in Ukraine forced many European nations to rethink their energy supplies.

Coal, long treated as a legacy fuel in Europe, is now helping the continent safeguard its power supply and cope with the dramatic rise in natural gas prices caused by the war.

Electricity generated by coal in the European Union jumped by 19% in the fourth quarter of 2021 from a year earlier, according to the EU’s energy directorate, faster than any other source of power, as tension spiked between Russia and Ukraine and ahead of the invasion in late February.

Russian gas made up more than 40% of the total gas consumption in the EU last year, leaving the bloc scrambling for alternatives as prices rose and the supply was cut off to several nations. Russia also provided 27% of the EU’s oil imports and 46% of its coal imports.

The crisis caught Greece at a difficult moment in its own transition.

For decades, the country relied on the domestic mining of lignite, a low-quality and high-emission type of coal, but recently accelerated plans to close down older power plants, promising to make renewables the main source of Greece’s energy by 2030. Currently, renewables account for about a third of the country’s energy mix.

Erdogan provocative again: There is no Mitsotakis for me – Let Greece take care of itself

A newly-completed solar park, one of Europe’s largest, is just a half-hour drive from the country’s biggest open-face lignite mine, near the northern city of Kozani.

“Not only Greece but all European countries are making minor amendments to their energy transition programs with short-term ‒ and I stress short-term ‒ measures,” Mitsotakis said at the April 6 event.