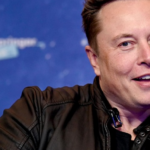 Elon Musk is one of the greatest innovators and entrepreneurs in the world. Born in 1971 to a Canadian mother and a South African father, he spent his childhood in Pretoria, South Africa before moving to Canada.

More than a magnate, an innovator, and some say out of his world person, Elon Musk has a lot to teach, and this is the reason, he has an outstanding entrepreneurial life.

Elon Musk has been in the news recently involving the Tesla Model 3 unveiling, in which a ridiculous number of pre-sales were made, resulting in billions in revenue within a very short span of time.

From getting behind the wheel of an electric car revolution to charting the next steps in space exploration, Elon Musk has made a name for himself as a visionary entrepreneur.

1. When something is important enough, you do it even if the odds are not in your favor.

Elon Musk’s primary goal is literally to save the planet through the implementation of greener technology.  He created revolutionary green companies one after the other. Firstly, by creating solar factories that can mass-produce solar panels and batteries.

2. You should take the approach that you’re wrong. Your goal is to be less wrong.

This is what we call a growth mindset, the ability to fail, learn something new, and then approach the problem from a different angle until you find a solution that works. But the more unfamiliar road to growing and learning isn’t suitable for everyone.

3. You get paid in direct proportion to the difficulty of problems you solve.

A company is a group organized to create a product or service, and it is only as good as its people and how excited they are about creating.

4. It is possible for ordinary people to choose to be extraordinary.

People who set themselves to changing the world and making the most of their talents are not different than you, they just cancel ordinary thoughts. Extraordinary living starts with a simple shift in mindset. But people who behave in extraordinary ways separate themselves by the wholesale rejection of negative thinking