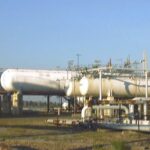 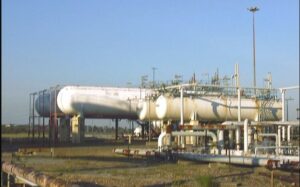 With the reliable supply of Russian gas to Europe a thing of the past since the eruption of war in Ukraine, many European countries have been scrambling to find alternative sources of energy. Although the EU has agreed a plan to reduce natural gas consumption this winter by 15 percent compared to the past five-year average, gas is not going to be abandoned as a source of energy any time soon.

One of Europe’s answers to the crisis is the increase of liquefied natural gas (LNG) imports. Circumventing the use of pipelines from the east, LNG terminals open up a wider variety of potential suppliers. One of the main benefactors of this shift so far has been the United States. In the first half of 2022, the U.S. became the world’s largest LNG supplier, with 71 percent of its exports going to the EU and the UK.

Germany, for example, which had developed a significant dependency on gas deliveries from Russia, has announced the construction of three LNG import terminals since the start of the war. As this infographic using Gas Infrastructure Europe data shows though, these will be the first terminals in the country.

Not everywhere in Europe is so poorly prepared for the change. Spain already has six operational terminals, while France and Turkey have four each, with both countries planning one more. Italy has three in operation and will catch up to Spain once its three planned terminals are constructed. The expansion in capacity of a number of LNG terminals across the continent is also currently planned.

While this may serve as a short to medium-term solution, the use of liquefied natural gas is controversial. The German Federal Environment Agency claims that increased use of LNG, especially compared to gas transported via pipeline, cannot be justified from a climate policy and energy efficiency perspective. Nevertheless, the agency states that an expansion of LNG infrastructure over the course of the transition to cleaner energy could contribute to improved supply security as well as more competition.