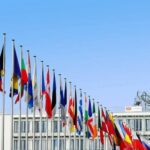 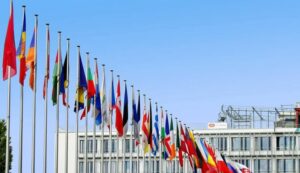 From 2000 to today, global greenhouse gas emissions have increased by half, while the population has grown by about a quarter. Although emissions have declined in recent decades in some regions, such as the European Union, they have exploded in Asia. In China, the annual volume of CO2 released into the atmosphere has tripled in 20 years, mainly due to its economic growth.

If we take into account the size of the population, China emits 2 times more carbon dioxide per capita than the world average, the EU 1.5 times more and the United States 3 times more. But these figures do not account for emissions associated with imported goods and services, for which much of the production (and carbon footprint) is located in manufacturing countries that still rely heavily on fossil fuels. When including the impact of products that are used locally but manufactured abroad, the carbon footprint per capita in the EU is higher than in China: 11 tons of CO2 equivalent per year compared to 8. The figure for the United States is 21 tons..

As a study by the French National Institute of Statistics and Economic Studies, INSEE, reveals, imports weigh heavily in the EU’s carbon footprint, accounting for about 34 percent of the total (which includes domestic emissions and those of imported products and services). When intra-EU trade is taken into account, this figure rises to 50 percent. As the EU’s largest trading partners, China and the United States are among the largest contributors to this offshore footprint.

As our infographic shows, among the EU countries, the imported share of their carbon footprint varies from 26 percent to 85 percent. With a carbon-intensive energy mix that inflates its domestic emissions, Poland has the lowest share. Conversely, Malta, an island state highly dependent on international trade, has the highest share. Luxembourg, where services are highly developed, imports more than 60% percent of its carbon footprint, while the most populous economies – such as Germany, Italy, and France – are in an intermediate position (about half, with 33 percent to 39 percent outside the EU).