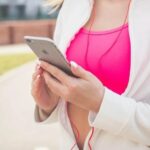 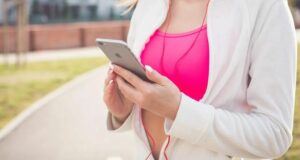 Despite strong headwinds in the form of supply constraints, inflation fears and the war in Ukraine, Apple reported its highest-ever revenue for a June quarter, delivering better-than-expected results despite a drop in profits. Thanks to robust iPhone sales and strong services growth, Apple’s revenue grew from $81.4 billion in last year’s June quarter to $83.0 billion this year, while net profit dropped from $21.7 to $19.4 billion.

Apple posted double-digit growth in services sales, once again making it the biggest growth driver. The company’s services reached $19.6 billion last quarter, thanks to an ever-growing installed base of active devices and paid subscriptions growing to 860 million across all services. iPhone sales also came in stronger than feared, while the Mac segment in particular was affected by supply constraints.

“Our June quarter results continued to demonstrate our ability to manage our business effectively despite the challenging operating environment. We set a June quarter revenue record and our installed base of active devices reached an all-time high in every geographic segment and product category,” Luca Maestri, Apple’s CFO said in the company’s earnings release.

According to CEO Tim Cook, the impact of supply constraints caused by Covid-related disruptions and industry-wide silicon shortages was less severe than feared in the June quarter. Having forecast a negative impact of $4 to $8 billion in April, the actual number came in slightly below $4 billion according to Cook. Interestingly, he added that the impact of Covid constraints in China, i.e. plant closures or plants not running at full capacity, was larger than the impact of the global silicon shortage. Looking ahead, Cook expects these constraints to ease, predicting an acceleration of revenue growth in the September quarter.

As the following chart shows, the iPhone accounted for just under half of Apple’s revenue last quarter, with the company’s services the second largest contributor to overall sales by a significant margin. With net income for the first nine months of its fiscal year standing at $79.1 billion, Apple could hit $100 billion in profit for the first time this year, depending on the company’s performance in the September quarter.