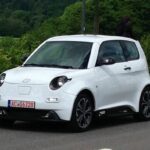 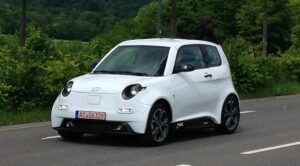 A German electric car company that had agreed to manufacture vehicles in Greece suddenly announced that it had signed an agreement with Skopje to build a production unit.

Next.e.Go Mobile, a company that was to build a production unit in Greece, has officially announced that after the small factory it will build in Bulgaria in 2024, it will proceed with the construction of the second one of a similar size in Skopje.

The move to build two production units next to our country, after announcing two years ago with all the media fanfare that they had chosen Greece for their factory in the Balkans, raises many questions, which should be answered by the people of the German company.

According to reports, the new factory in Skopje will start operating in the fall of 2024 and will have a maximum production rate of up to 30,000 electric cars per year. It will be located near the city of Tetovo and will employ 900 people.

“Our strategy in Southeast Europe is based on our assessment of the region’s competitive and attractive investment climate,” said Ali Vezvaei, Chairman of the Board of Directors of e.GO, at the relevant event held in Tetovo.

The Prime Minister of the Republic of North Macedonia, Dimitar Kovacevski, spoke, among other things, about “…the importance of the agreement for the local economy and the development of human resources in Tetovo, but also, in general, the strengthening that this investment has for the country”.

The chips that make Taiwan the center of the world