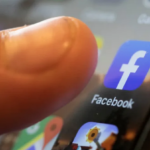 Dogged by competitive and macroeconomic threats, Meta Platforms Inc. is sinking down the ranks of the largest U.S. companies.

After a 9.4% daily slide in its stock, Meta ranked 10th by market value as of Tuesday’s close, falling below Visa Inc. for the first time since the start of August. Meta, the parent company of Facebook and Instagram, ranked fifth among U.S. companies as recently as December, according to Dow Jones Market Data, and joined the four other Big Tech companies — Apple Inc., Microsoft Corp., Google parent Alphabet Inc. and Amazon.com Inc. — in the $1 trillion club briefly last year.

NATO chief Stoltenberg takes pro-Turkish stance about Turkish provocations against Greece: “There are some Greek-Turkish disputes”

Meta’s shares have been punished this year, however, amid concerns about competitive dynamics and the impact of economic uncertainty on advertising revenue. That $1 trillion market cap has been cut by more than half, allowing several companies to jump in front of Meta — which announced its new corporate name last October — on the valuation chart.