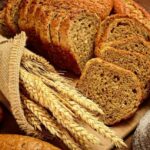 The price of bread rose in August by nearly 20% in the European Union as Russia’s invasion of Ukraine – both major grain and fertiliser exporters – continued to disrupt global markets and accelerate inflation.

The price of wheat has been rising since February, when the war halted exports through the Black Sea for months, while fertiliser exports were also curtailed as Russian producers lost access to the Baltic Sea ports they used to ship ammonia around the world.

The largest year-on-year increases are recorded in Hungary and Lithuania, with 66% and 33% respectively. The lowest is recorded in France (8%), the Netherlands, and Luxembourg (10%).

Eurostat confirmed on Friday that inflation in the eurozone hit an all-time high of 9.1% in August, driven by high energy and food prices.

-: 80% of chance of a recession in the Eurozone

The risk of a recession in the Eurozone has reached the highest level since July 2020, according to - economists. Experts speak of an almost inevitable recessionary risk as concerns intensify that the “heavy” energy winter will significantly slow down economic activity in the Eurozone member states. Economists polled by - now see a recession likely for two consecutive quarters in the next 12 months to 80%, up from 60% predicted by a previous survey. Germany, the union’s largest economy and among the countries most exposed to cuts in Russian gas supplies, is likely to see a contraction as early as this quarter. Inflation is now expected to climb to 9.6% in the final three months of the year, almost five times the European Central Bank’s (ECB) target. Survey participants do not see inflation approaching the 2% target until 2024.