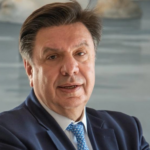 The Hellenic-German Chamber of Commerce and Industry will sign a memorandum of cooperation (MoU) with the Greek government, for the undertaking of a series of actions in matters related to the national recovery and resilience plan “Greece 2.0”. This is one of the first decisions of the new Board of Directors of the Hellenic-German Chamber, received following a proposal by the president Vasilios Gounaris, which signals the high interest of the new administration in stimulating capital flows to businesses with the aim of strengthening German investments in the country and the more dynamic development of Greek extroversion.

It is noted that the Hellenic-German Chamber, operating as an official representative of the German economy in Greece, expands the fields of bilateral cooperation, always with the aim of informing the German business community about the possibilities offered by the strategic tools of financing and subsidizing investment projects.

On behalf of the Greek-German Chamber, George Paterakis (photo), vice-president of the Chamber, assumed the position of authorized advisor for the Recovery and Reconstruction Fund. After assuming his duties, G. Paterakis stated that “the new leadership of the Hellenic-German Chamber will work systematically in pursuit of building closer relations between the economies of the two countries and the further upgrading of the Chamber’s cooperation framework with the productive ministries of the government”. He added that “the Hellenic German Chamber, with respect to the historic ties between the two countries and in view of the new challenges in the world as it is being shaped after the war in Ukraine and the energy crisis affecting businesses and households, will continue to stand by the business community, but also to new investors who will want to support their strategic plans for the creation of new opportunities, new jobs and new economic assets”.

The announcement of the cooperation was made by the Minister of Development and Investments, Adonis Georgiadis, speaking during a dinner hosted by the Greek-German Chamber in the context of the Thessaloniki International Exhibition. Mr. Georgiadis emphasized, among other things, that “the Greek-German Chamber of Commerce and Industry is not just an important institution. With the decision of the Prime Minister and myself as the supervising Minister of Chambers, we discussed with the leadership of the Chamber and decided to co-sign, in the next few days, a memorandum of cooperation (MoU), designating the Hellenic German Chamber as the main partner of the Greek government for the promotion of the projects of the Recovery Fund in the Federal Republic of Germany and the correct information of businesses in Germany about the business opportunities that through the Development Fund they can find and exploit in order to choose Greece as their investment destination. With this decision, we show in practice, firstly, the extent of the trust we have in the Hellenic-German Chamber and secondly, the extent of the desire of the Greek government to strengthen our economic ties with the Federal Republic of Germany. I therefore want to congratulate the Hellenic German Chamber for this initiative and of course my friend Giorgos Paterakis who I have learned will be the link between the Government and the Chamber to make this collaboration a reality. I was one of the politicians who, during the difficult era of the memorandums, dared to say that the Federal Republic of Germany is our friend, partner and supporter. Then it was difficult I must say. There were even headlines, Giorgos you remember, they presented me roughly as a ‘German spy of the 4th Reich’. Your decision to choose Ioannina to start your investments is a very interesting idea, but also an experiment that proves in the most unusual way that the Greek countryside can play a leading role in attracting investments. Of course, I have to say that I feel lucky because in Epirus, the Regional Governor is a really hardworking man, Alekos Kahrimanis, who has made it his life’s goal to turn Ioannina into the silicon valley of Greece”.

“So I come back to where Thessaloniki is first and then Greece. I am extremely proud as Minister of Development and Investments of the Hellenic Republic for the achievements that have been made in this city in these three years. I will say the most important ones. The first investment that we brought to this city and it was the first investment that I closed historically in my tenure was from Pfizer. An investment that in these three years has evolved into something much – much bigger than what was originally planned. Then came Cisco, Deloitte, DEMOS Pharmaceutical, a very large unit. The day before yesterday we opened the Accenture offices, 200 jobs, 500 in a year from today. The American insurance giant CHAMP has signed an agreement with Deloitte in Thessaloniki for another 500 jobs in Thessaloniki for CHAMP. And I would say that the most emblematic project of all, which is now on track for implementation, when we first announced it with Mr. Prime Minister 3 years ago, it seemed like a very long-term vision of some people who set the bar high and who in any case, maybe they are out of touch with reality. And all this has happened in just three years. I am extremely proud as a Macedonian that on my tenure, not by me, mind you. I say during my tenure, because nothing is done by one man. All my colleagues at the Ministry of Development and Investments, Nikos Papathanasis and is my right hand in all of this. Yiannis Tsakiris, Christos Dimas who could not be with us today. Our General Secretaries, but also our excellent cooperation with the relevant Ministries, mainly the Ministry of Finance and Christos Staikouras, the Ministry of Environment and Energy and the Ministry of Labour. They have created the conditions for us to be able to put everything we announced right on schedule. Everything is possible”.

For his part, the President of the Hellenic-German Chamber, Mr. Vasilios Gounaris, underlined that “the MoU will enable the Chamber to actively contribute to the fairer and faster diffusion in the market of the resources currently provided by the established financial tools, mainly the Recovery and Resilience Fund“. As he noted, “a strategic goal will be the intensity of German investments in the Greek economy, in a critical period for the country due to the international geopolitical crisis. The recipient of the benefits will be society itself and that is why we have a duty to act together, government, market players and the entrepreneurs and investors themselves, to ensure high investment performance”, added the President of the Hellenic-German Chamber , adding that “the intention of the German investors is to make the most of every available resource, multiplying the expected profits, in favor of both economies, Greece and Germany”.

The Managing Partner, for the German-speaking countries, of the investment company Permira, Dr. Jorg Rockenhäuser, characterized Greece as a country with many investment options, such as technology, “smart” agriculture and sustainable tourism and added: “You have proven in the last decade that you are courageous, so I strongly believe that if you continue accordingly, Greece will have many options to develop and prosper in the coming years compared to other European countries”. Referring to three of Permira’s portfolio companies, TeamViewer, P&I and Best Secret, he emphasized that they have opened research and development hubs in the country and Permira was one of the first investors to believe in the opportunity to turn Greece into a technological hub in Europe.

“Seven years ago we started working with the local authorities of Epirus and its Regional Governor, Mr. Alexandros Kahrimanis, who developed the vision to turn Ioannina into a digital technology center of Greece,” noted Mr. Jorg Rockenhäuser.

Participating in the discussion, the Deputy Minister of Public Investments and NSRF, of the Ministry of Development and Investments, Mr. Yannis Tsakiris, spoke about the MoU, which the Greek government will sign with the Hellenic-German Chamber, stating, among other things, that “through the MoU the contribution of the Chamber to the Greek economy and it is given the opportunity to actively contribute to the fairer and faster diffusion in the market of the resources provided by the established financial tools today. Our strategic goal is the intensity of German investments in the Greek economy, in a critical period for the country due to the international geopolitical crisis”.

The Minister of the Interior, Mr. Stavros Kalafatis, also made a brief statement at the event, who referred to the projects included in the Program for Thessaloniki 2030, private and public projects, with a total budget of 9.3 billion euros. The event was attended by the Deputy Minister of Welfare and Social Solidarity, Mr. Domna Michailidou, the Deputy Minister for Economic Diplomacy and External Affairs, Mr. Kostas Fragogiannis, the Deputy Minister of Spatial Planning and Urban Environment, Mr. Nikolaos Tagaras, the Ambassador of the Federal Republic of Germany , Dr. Ernst Reichel, the Consul General of Germany, Ms. Sibylla Bendig, the Regional Governor of Epirus, Mr. Alexandros Kahrimanis, the Member of Parliament for Thessaloniki SW, Mr. Kostas Giulekas, the Member of Parliament for Thessaloniki SW, Mr. Dimitris Kouvelas, the Deputy Mayor of Thessaloniki of Culture and Tourism, Mrs. Maria Karagianni and the Deputy Mayor of Education of the Municipality of Thessaloniki, Mrs. Ioanna Kosmopoulou. The event was opened by the director of the Northern Greece Branch of the Hellenic-German Chamber, Mr. Giorgos Theodorakis, who referred to the new challenges that Greece is going to face in the coming period with the open war front on the European continent, its effects on the economy and above all the energy issue. A key point in dealing with the new economic crisis is investments, he emphasized, stating that he was happy that the opportunity to address the event was given to the Managing Partner for German-speaking countries (DACH) of the investment company Permira, Dr. Jörg Rockenhäuser.