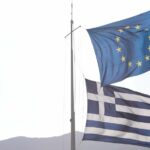 An article in the Financial Times by Ruchir Sharma, President of Rockefeller International, refers to the seven countries that stand out globally for their economic achievements, in a period of absolute pessimism, due to recession and inflation. Greece is not missing from the list of countries characterised as “economic miracles”, while the list is completed by Vietnam, Indonesia, India, Portugal, Saudi Arabia, and Japan. As the Financial Times columnist points out, the countries included in the list of modern economic miracles are characterised by relatively strong growth, moderate levels of inflation, and high returns – contrary to the global trend.

Referring to Greece, Ruchir Sharma emphasises that the country is recovering and has received a particularly big boost from foreign investments and tourism, which due to Covid had reached 15% of GDP, from 20%. During the financial crisis, non-performing loans had reached 50%, while now this percentage has recorded an incredible reduction and is less than 10%. The country’s growth is over 4%, while inflation is falling fast, which is leading the country to a rapid economic recovery.

Sharma notes that both Greece and Portugal – also on his list of economic miracles – are recovering, having reduced their deficits, while being less exposed to Russia -related supply chain disruptions.

The conclusion of the article is also interesting, with the author noting that despite the important achievements, these countries could lose their momentum if there was a change in leadership, the policy being implemented or if complacency prevailed. In any case, thanks to existing conditions, Greece, Vietnam, Indonesia, India, Portugal, Saudi Arabia and Japan have emerged winners amid a period of international concern

In periods of gloom like this one, when commentators see nothing but faults in most countries, it is worth highlighting the few that defy the prevailing pessimism. Here are seven that stand out in a world tipping towards recession and higher inflation: Vietnam, Indonesia, India, Greece, Portugal, Saudi Arabia and Japan.

They share some combination of relatively strong growth, moderate inflation or strong stock market returns — compared with other countries. By fascinating coincidence, most of them also defy deep biases about the supposedly dim prospects of certain countries, cultures and systems.

The least surprising name on my list is Vietnam, a case study in communism that works. As geopolitical tensions increase with China, western businesses are hedging their bets by adopting a “China plus one” strategy — and often the “one” extra sourcing destination is Vietnam. By investing heavily in the infrastructure required of a manufacturing export power, and opening its doors, Vietnam is growing at nearly 7 per cent, the fastest pace in the world.

Criticism of the economic trials of Muslim countries long ignored the most populous one, Indonesia. Resource rich, it is benefiting from the global commodity price boom, but with a domestic market of 276mn it is not overly dependent on exports. It has unusually low debt compared with other developing economies, and an unusually stable currency in a year when most currencies are falling sharply against the dollar. The result, a benign mix of 5 per cent growth with less than 5 per cent inflation, makes Indonesia a shining example of economically adept Islam.