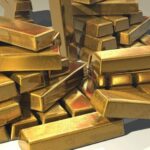 The level of financial inequality around the world is staggering. According to a new Credit Suisse report, 47.8 percent of global household wealth is in the hands of just 1.2 percent of the world’s population. Those 62.5 million individuals control a staggering $221.7 trillion, as can be seen on this infographic.

EU approves cap at $60 per barrel on Russian oil