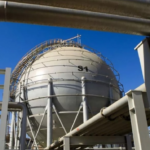 Australia has spent big to attract swathes of Indian tourists to its shores, signed a free-trade deal with post-Brexit Britain and uncovered new Middle East markets during its 30-month trade rift with China.

Still, outside iron ore and other key commodities, there’s been substantial pain for exporters. For a small and open economy like Australia’s, branching away from the emerging global superpower is easier to imagine than realize.

Gary Oldman says he plans to retire from acting soon

But for other key industries, there’s been no simple substitute for Chinese consumers of quality lobster and wine or its big-spending tourists and students, who’ve also been kept away by Covid-19 restrictions. While there are some signs tensions are thawing — new Prime Minister Anthony Albanese met President Xi Jinping last week, the first tete-a-tete between the countries’ leaders since 2019 — Australian businesses aren’t banking on restrictions easing anytime soon.Here is how six key sectors — tourism, seafood, wine, education, barley and coal — at the heart of China’s trade reprisals have fared.