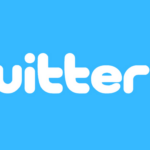 Twitter has descended into absolute chaos since Elon Musk bought it for $44 billion last month. It all started when the new CEO fired around 50 percent of the company’s workforce in the first week of November. Then, just one week on, the company announced the layoffs of some 4,400 contract workers, many of whom worked on content moderation and core infrastructure services needed to keep the site running.

The next turn of events arrived on November 16, when Musk sent an - to the social network’s remaining employees with an ultimatum to commit to an “extremely hardcore” work culture or else resign with three months’ severance pay. According to the site “Twitter is Going Great!”, the number of remaining permanent Twitter employees could have fallen to as few as 1,000.

With such extreme staffing shortages and reduced maintenance, experts warn Twitter could experience outages. An ex-employee told The Guardian that this was highly likely during the FIFA World Cup since the tournament usually garners increased traffic, which without the necessary preparation, the social network could struggle to cope with.