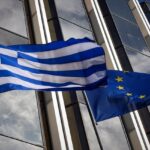 The slowdown in growth and inflation will be, according to the forecasts of international organizations and credit rating agencies, the two main developments that will “seal” the European and Greek economies in the new year.

Inflationary pressures, which started to register in the summer of 2021 due to the problems created in the supply chain by the coronavirus and the increase in demand, received new momentum after the invasion of Ukraine by Russia and the energy crisis it caused.

Price increases held back consumption in 2022 and are expected to slow further in 2023. At the same time, interest rate hikes by the European Central Bank to fight inflation, which will continue in 2023, are expected to negatively affect both consumption and investments.

With its autumn forecasts, the European Commission estimated that the Eurozone economy would narrowly escape recession in 2023, forecasting a GDP growth of just 0.3% compared to 3.2% growth in 2022. For the German economy, the largest in the Eurozone, the data predict that it will not avoid recession.

Inflation is expected to decrease but remain at fairly high levels, namely at 6% on average from 8.5% in 2022, as price increases have spread to almost all sectors of the economy.

For Greece, the Commission, the OECD, and the IMF also expect a significant slowdown in growth, which, however, will remain positive and considerably higher than the European average. Key drivers of growth are expected to be investments, with the actions of the Development and Resilience Fund in full swing, and exports. Fiscal support measures – such as tax breaks, electricity price subsidies, and others – which have been incorporated into the state budget will also contribute positively.

The European Commission predicts that the Greek GDP will rise 1% in 2023 after a high 6% growth rate it estimates for 2022 and an even higher 8.4% in 2021. In its October World Economic Outlook report, the IMF projects a 2023 growth of 1.8%, exactly the same as the state budget passed by Parliament. The OECD predicts growth of 1.6% in the November report, while the forecasts of the international rating agencies Moody’s, Standard & Poor’s, and Scope Ratings also move in the range between 1.1% and 1.8%. The exception is Fitch, which forecasts a marginal GDP reduction of 0.2%, as a consequence of the weak carryover from 2022.

In terms of inflation, international organizations and rating agencies forecast a significant deceleration in 2023 in a range of 3.2% to 6% – with the IMF giving the lowest and the Commission the highest – versus 9% to 10 % which they estimate to have reached average levels in 2022. The state budget is moving within the above range, predicting a reduction in inflation to 5%.

In 2023, Greece is also expected to return to primary fiscal surpluses, with the budget predicting a surplus of 0.7% of GDP and the Commission and the IMF seeing it will be slightly higher (1.1% and 0.9%, respectively). As a result of the primary surplus and the increase in GDP, the debt reduction trend is expected to continue. International organizations predict that it will decrease by 5 to 10 percentage points to 162% to 170% of GDP.

If the forecasts for growth and debt reduction are confirmed, it will be possible to recover the investment grade of Greek bonds in the new year.