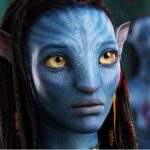 Following up on the highest-grossing movie of all time was always going to be a difficult task. Doing so under difficult circumstances in a post-pandemic world makes it even more daunting. Multiple Academy Award winner James Cameron, director of two of the three highest-grossing movies ever, is not one to shy away from a challenge, though, and so, after multiple delays and three years of shooting, “Avatar: The Way of Water” premiered in London on December 6, 2022.

Now, three weeks after its theatrical release on December 16, “Avatar: The Way of Water” is not only the highest-grossing film of 2022, but also the 10th highest-grossing movie of all time. With global box office earnings of more than $1.5 billion as of January 6, the sequel to the 2009 “Avatar” is only the second film to pass that milestone since the start of the Covid-19 pandemic and the fourth-fastest ever to do so.

According to Box Office Mojo, “Avatar: The Way of Water” is the only 2022 release to reach the $1.5 billion milestone, as “Top Gun: Maverick”, another high-profile sequel, fell just short with $1.49 billion in global box office earnings. “Jurassic World: Dominion” completes the top three for 2022, a year once again dominated by sequels and major movie franchises.