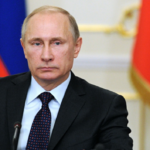 President Vladimir Putin said on Wednesday that Russia’s powerful military-industrial complex was ramping up production and was one of the main reasons why his country would prevail in Ukraine.

Speaking to workers at a factory in St Petersburg that makes air defence systems, Putin said overall military equipment output was rising even as demand for it was growing because of what he calls Russia’s “special military operation” in Ukraine.

“In terms of achieving the end result and the victory that is inevitable, there are several things … It is the unity and cohesion of the Russian and multinational Russian people, the courage and heroism of our fighters … and of course the work of the military-industrial complex and factories like yours and people like you,” said Putin.