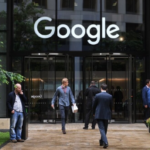 The Department of Justice (DOJ) is reportedly prepping to sue Google over the tech behemoth’s dominance in the digital advertising space.

The DOJ is expected to file the lawsuit in court by the end of the week, sources familiar with the preparations told -. It will be the latest in series of antitrust cases made against the company by federal and state government entities.

Google has not made a statement on the reported legal maneuver from the DOJ, though the company has before denied allegations of monopolistic business practices. In testimony and court filings in the past, the company has pointed to companies such as Amazon, Meta, and Microsoft as strong competitors in the digital ad space.

Google, owned by Alphabet Inc., holds the largest share of business in the United States’ $278.6 billion digital-ad market, as well as the top slot in the $626.86 billion global digital ad market.