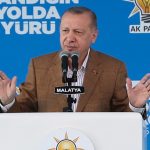 A fear of sanctions has prompted Ankara to enable state-owned Turkish companies located in tax havens to move their assets to Turkey, the Cumhuriyet daily reported on Monday.

Some clauses in a recent omnibus bill submitted to the Turkish Parliament that stipulate a one-time tax exemption for certain assets are there to enable subsidiaries of state-owned Turkish companies such as energy giant Botaş to move their assets to Turkey, according to the report.

Turkish Petroleum International Company Ltd. (TPIC) and Botas International Ltd. (BIL) are two such subsidiaries on the island of Jersey, a dependent of the British crown. The companies were involved in a court case in 2016 when a creditor sued to enforce debts. Botaş filed an objection referring to a British law that grants sovereign states immunity from litigation.

The mere fact of being owned by a sovereign state does not give a Jersey company “sovereign immunity” from legal proceedings, the court ruled, rejecting the objection.

These companies are established in tax havens because of the restrictions enforced by Turkey’s laws governing public tenders, which stall purchases, Süleyman Önel, the Energy Ministry’s director of legal services, told Cumhuriyet.

Önel underlined that the companies are of vital importance to the Turkish state, which cannot ignore the possibility of sanctions targeting their assets.

Önel did not specify what type of sanctions the government feared or the possible actor to enforce them.

Berat Albayrak, Turkish President Recep Tayyip Erdoğan’s son-in-law who resigned from the Finance Ministry last week after a shakeup in the country’s economy team, served as energy minister between 2015 and 2018.

In September 2016 Albayrak’s emails were leaked to the public by a hacker collective called RedHack. The leaked emails detail Albayrak’s alleged involvement in the transport of oil controlled by the Islamic State in Iraq and the Levant (ISIL) via a company named Powertrans.

According to observers, the bill is part of a series of moves by Erdoğan that prepare for possible sanctions over the claims of ISIL oil transportation and other issues such as an Iran sanctions-busting case in the US that includes a Turkish state bank and high ranking officials

US President-elect Joe Biden is more likely to get tough on Erdoğan’s Turkey, unlike President Donald Trump, who, according to critics, did everything in his power to stall sanctions against Ankara.