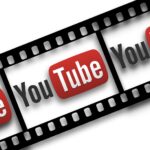 Google’s parent company Alphabet shattered its first-quarter sales record in 2021, as its advertising business continues to flourish amid the pandemic. The search giant reported revenue of $55.3 billion for the first three months of 2021, blowing past analyst expectations and nearly matching its all-time sales record from Q4 2020. Alphabet also reported a net profit of $17.9 billion for Q1 2021, shattering its previous record set in the last three months of 2020.

Advertising accounted for more than 80 percent of Alphabet’s revenue in the past quarter, with YouTube, in particular, emerging as a growth driver. Advertising revenue generated on Google’s video platform grew by 49 percent year-over-year, compared to 30 percent for Google’s remaining ad business and 34 percent for the company’s total revenue. With $6 billion in advertising sales in the first three months of 2021 alone, YouTube is on track to surpass $20, if not $25 billion in ad revenue this year.

To put the size of YouTube’s ad business in perspective, we have compared it to the total revenue of the world’s leading video streaming service. Netflix generated $7.2 billion in revenue in Q1 2021, just narrowly beating YouTube’s ad sales. The fact that YouTube nearly matches Netflix’s subscription revenue from more than 200 million subscribers is astonishing, especially considering that YouTube’s total does not include subscription revenues, which Alphabet doesn’t break out in its earnings report. Moreover, due to its reliance on user-generated videos, YouTube’s content costs are way lower than Netflix’s, meaning that the platform is likely considerably more profitable than Netflix.