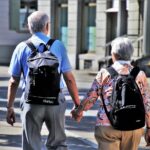 In some OECD countries, more than a third of people aged 66 and over are living in relative income poverty. This applies to Estonia, Latvia and South Korea as well as for China, which is not a member, but was included in the report. The term is defined as an income below half the national median equivalised household income. The situation was most dire in South Korea, where more than 43 percent of retirees are living in poverty.

The report cites a pension system that has not fully matured as one of the reasons for this alarmingly high figure. Australia and the United States also have high levels of poverty among pensioners – 23.7 and 23.1 percent respectively. The Netherlands are at the very opposite end of the scale with only 3.1 percent of its retirees struggling financially.