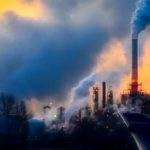 Readers may remember President Biden ran on shutting down coal mining as part of his overall campaign against fossil fuels.

And as President, Biden has called for a transition away from coal towards “renewable” energy (solar and wind).

Today’s energy crunch is partly due to a decline in production during the COVID lockdowns of 2020, but it’s also due to a misguided focus on green, or renewable energy, as Noah Rothman noted earlier this month:

The sloppy, blinkered effort to transition away from fossil fuels to hypothetical sources of power that cannot meet the energy consumption needs of the planet due to the constraints imposed on them by the laws of physics is an obstacle to meeting “newly minted environmental, social and governance standards for clean energy.”

‘Missing link’ of Alphabet found in Israel dating 3,450 ago

And a prime beneficiary of that has been Peabody Energy (BTU), whose shares spiked 23% on Monday after the company announced that its coal revenue in Q3 would be the highest in seven quarters and it offered bullish forward guidance.