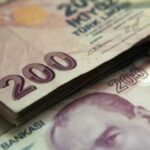 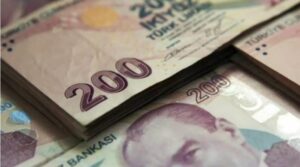 The Turkish Lira fell to a new all-time low today after President Recep Tayyip Erdogan said he would continue to fight high-interest rates “until the end”.

The Turkish currency fell 1.5% to a new all-time low of 10,565 against the US dollar, compounding major losses following a slow and dangerous monetary easing, analysts say. The Lira has fallen by almost 30% since the beginning of the year.

Erdogan said he would lift the burden of interest rates on citizens while urging businesses to invest, recruit and increase their exports.

A day before the central bank meeting, which is expected to cut interest rates again, Erdogan reiterated his unorthodox view that higher interest rates are the cause of inflation and wondered why businessmen did not take out loans to invest after interest rates fell. the last months.

Leaving Ankara, he said the central bank would decide on interest rates independently when it meets tomorrow at noon.

Investors have been abandoning Turkey over the past years and the Turkish Lira has by far the worst performance in emerging markets. For investors, Erdogan, who has long called himself an enemy of interest rates, is influencing monetary policy with frequent calls for support and swift changes in central bank governors.

The central bank, which sees price pressures as temporary, went against market expectations and cut its key interest rate by 3 percentage points since September, despite inflation climbing to almost 20%, offering the support it was asking for. long time Erdogan.

It is expected to reduce interest rates by another percentage point to 15% tomorrow, according to a - poll.