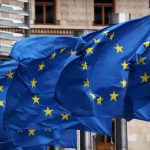 An amount of 2 billion euros out of a total of about €2.7 billion that will be granted to Greece as a loan from European instrument for temporary Support to mitigate Unemployment Risks in an Emergency (SURE), with low to zero borrowing costs were disbursed today, seven months after the Eurogroup’s decision and six months after its adoption by the European Council.

This money will cover measures to support employees and employers, which have been implemented since the beginning of the health crisis, in order to maintain jobs.

According to the Greek Minister of Finance Christos Staikouras “the Greek Government will continue to methodically utilise, as well financially and socially efficiently the domestic and European resources, in order to limit, as much as possible, the effects of this challenge on households and businesses and to lay the foundations for a quick and strong recovery “.

“Dad, I think we made a mistake! We don’t see the beach” – Diverse Crete (photo)