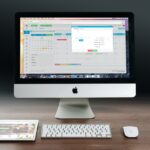 Boston Consulting Group has just unveiled its annual ranking of the 50 most innovative companies in the world. The COVID-19 pandemic has without a doubt demonstrated the importance of innovation in turbulent times. While U.S. tech giants – Apple, followed by Alphabet, Amazon and Microsoft – still monopolize the first couple of ranks with the context of the pandemic, several companies in the pharmaceutical sector are also included in the Top 50 this year. U.S. company Pfizer, which has developed a vaccine together with BioNtech and announced the launch of two drugs against Covid-19, has notably entered the top 10.

The survey also identified strong regional variations in the innovation readiness of companies, with China and the US in the lead.

Looking back, the technology and telecommunications sector has by far been the most strongly represented among the top performers in the ranking since its first publication in 2005. While well-established players in tech, such as Apple, IBM or Microsoft, continue to maintain their positions at the top of the list, new heavyweights have established themselves at the forefront of innovation in recent decades, among them as Amazon and more recently, Tesla and Chinese telecommunications company Huawei.