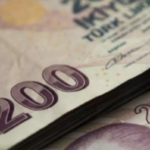 Turkey’s currency on Thursday plumbed record lows as Ankara reeled from the twin blows of being placed on a terrorism financing and anti-money laundering watch list and an interest rate cut that economists fear could spark hyperinflation.

One of the year’s worst days for the beleaguered lira started with a central bank decision to cut its policy rate to 16 from 18 percent despite rising inflation and a new surge of foreign currency buying by ordinary Turks.

The lira lost more than 2.5 percent against the dollar on fears the bank had lost its last vestiges of independence from Turkish President Recep Tayyip Erdogan — a renowned opponent of high interest rates.

“The sharp cut is completely unwarranted by the inflation outlook,” the Oxford Economics consultancy said in a note to clients.

“The rate cut has exacerbated hyperinflation worries and investors decided to further abandon the Turkish lira as a result,” analyst Fawad Razaqzada of ThinkMarkets said.

Erdogan has been pushing the policy-setting bank to cut interests rates in order to boost lending and promote investment and economic growth.

This expansionist policy has helped Turkey’s economy grow throughout the coronavirus pandemic and perform far better than its emerging market peers.