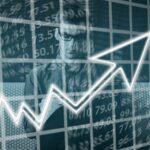 Carried by meme investors on (in)famous subreddit WallStreetBets, AMC Entertainment saw its share price nearly double on Wednesday before continuing its ascent in pre-market trading on Thursday. The latest jump marks the temporary culmination of a rally that began last week when chatter about sending AMC “to the moon” picked up on WallStreetBets once again.

The movie theater chain hit hard by the COVID-19 pandemic has lately overtaken GameStop as the main target of meme investors aiming to boost the share price of heavily shorted stocks enough to trigger a short squeeze. The practice has repeatedly worked this year, forcing hedge funds to cover their positions and take heavy losses in some instances.

The following chart recounts the wild ride 2021 has been for some of these stocks, namely AMC, GameStop, and Tilray, a Canadian cannabis company that briefly found itself in the WallStreetBets crosshairs in February. As of market close on Wednesday, AMC was up a whopping 2,850 percent year-to-date with GameStop posting an equally impressive 1,398-percent gain so far in 2021. Tilray, up more than 600 percent at one point in February, shed most of its Reddit-associated gains by now, leaving the stock up 130 percent for the year.

The Canadian cannabis giant serves as a cautionary tale for those looking to jump on the AMC bandwagon now. What goes up, must eventually come down and for every lucky investor making a windfall on GameStop, AMC or Tilray, there’s going to be a few that got burned for being late to the party.