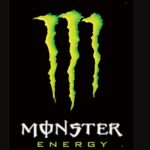 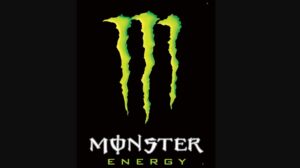 When you ask people to guess the best-performing stock in the S&P 500 over the past 20 years, the answers would probably be pretty tech-heavy. Apple? Amazon? Microsoft or Google maybe? Well, it’s neither. Nor is it a tech company by any stretch, although the company’s products have probably helped some coders through the occasional all-nighter. I’m talking about Monster Beverage Corporation, maker of some of the most popular energy drinks in the United States, whose stock price rose by more 100,000 percent over the past two decades.

The Corona, California-based company entered the still nascent energy drink market in 2002 and quickly made a name for itself. In 2012, the former maker of natural juices and sodas changed its name from Hansen Natural to Monster Beverage, after energy drinks had become its largest source of revenue. Monster is now one of the largest players in the $60+ billion energy drink market, trailing only Red Bull, the Austrian energy drink pioneer, in terms of global sales.

As the following chart shows, Monster’s bet on energy drinks paid off handsomely, at least for its long-term shareholders. Over the past 20 years, the company’s stock price increased by 111,929 percent, making the 20-year gains posted by Apple and Amazon pale in comparison. In 2020, Monster posted a $1.4 billion profit on sales of $4.6 billion, up from just $3 million in profits on sales of $80 million in 2001.

Monster, which counts Coca-Cola as a major shareholder, has reportedly been in talks with fellow drinks maker Constellation Brands over a potential merger. Constellation, which owns and markets a diverse portfolio of alcoholic beverage brands, is the largest beer importer in the United States, best known for the popular Mexican brews Corona and Modelo. Reports of the talks between the two companies came as a surprise to most shareholders, as the strategic benefit from combining the energy drink maker and the alcoholic drinks specialist isn’t immediately clear.