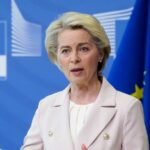 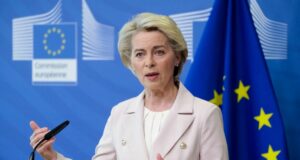 “Currently, Russia is only partially supplying natural gas, or not at all, to 12 EU member states,” Von der Leyen said. “Therefore, Europe must be prepared for the worst-case scenario: a complete interruption of natural gas supplies, sooner or later,” she added.

The Commission president called on countries that are less dependent on Russian natural gas supplies to also join efforts to save energy. “Even [member states], which receive almost no natural gas from Russia, cannot avoid the consequences of a possible disruption of supply to our domestic market,” von der Leyen said. The economies in the European Union, she said, are closely interconnected, and the natural gas crisis will affect all member countries in one form or another.

“Therefore, it is important that all Member States reduce their consumption so that everyone saves more gas and shares it with those members who have suffered the most,” the President of the European Commission stressed, adding that “energy solidarity is a basic principle of the European treaties”.

The European Commission’s proposals will be discussed at a special meeting of EU energy ministers on Tuesday in Brussels.

Von der Leyen expressed confidence that the Commission’s proposals will receive broad approval. “I’m sure the energy ministers are aware of their responsibility,” she said. “It is about creating a security system for everyone so that the member states can safely survive the next two winters,” noted the president of the Commission.

The European Commission has proposed to reduce natural gas consumption by 15% from the end of September to March 31, 2023, but is facing the refusal of several countries, such as Spain, Portugal, and Greece.