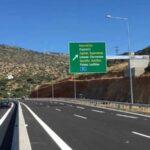 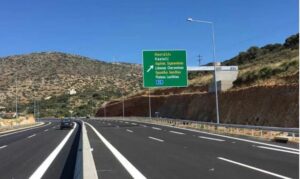 The modern highway of Crete, which will connect the island from Kissamos to Sitia, and will be the longest highway to be built in Europe on its completion in the upcoming years, is on track after the Ministry of Environment and Energy approved the environmental conditions for the first section of the Northern Road Axis of Crete (VOAK) from Hersonissos to Neapolis, 22.5 km long.

It is one of the largest infrastructure investments that will be implemented in the country in the coming years.

The Decision for the Approval of Environmental Terms (AEPO) was signed by the competent General Directorate of Environmental Policy and is the first step for the implementation of the emblematic project.

This is the first AEPO issued for the “largest new highway to be built in Europe”, as described by the Prime Minister, Kyriakos Mitsotakis, while already the Ministry of Environment and Energy, with a view to environmental protection and its smooth implementation project, is preparing the environmental licensing of the next section of BOAK, from Chania to Heraklion.