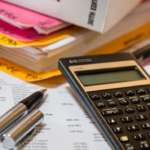 More revenue and lower expenditures than the government had budgeted show the state budget execution figures for January-December 2021.

The year ends with a huge primary deficit of 11 billion euros, but less than the 13 billion they had been estimated.

Tax collection was € 743 million higher than the targets.

Under pandemic conditions, the government sees this development as evidence of fiscal credibility and a “stepping stone” to the investment grade.

The consistency shown by households and businesses in the payment of taxes is also important, as the over-collection of taxes (against targets) continued in December.

Blue Monday: Is it really the “most depressing day” of the year?