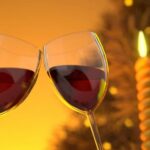 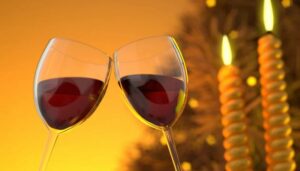 When the United States and the European Union finally buried the hatchet in a long-simmering dispute over government subsidies to Boeing and Airbus in June 2021, wine lovers in the U.S. may well have opened a bottle of Bordeaux to celebrate. While that may sound strange, after all, what does wine have to do with airline subsidies, it actually makes perfect sense. Wine was one of the products caught in the middle of a tit-for-tat tariff fight that saw the Trump administration put a 25 percent levy on certain European food and drink items, including wines from Germany, Spain, France, and the UK. Those tariffs were suspended last year in a broader bid to improve transatlantic relations which had cooled notably during Trump’s time in office.

As the following chart shows, America’s love of wines from Southern Europe, with France and Italy, especially coming to mind, is a one-sided affair. According to data from the European Commission’s Directorate-General for Agriculture and Rural Development, the U.S. imported almost six million hectoliters from France and Italy between August 1, 2020, and July 31, 2021 – worth more than $3.5 billion. While Italy was the biggest exporter to the U.S. in terms of volume, France is leading in monetary terms thanks to its more pricey grapes. Meanwhile, Europe’s four largest wine exporters imported less than 50,000 hectoliters of wine from the U.S., choosing instead to get high on their own supply, to borrow a quote from the movie Scarface.

How European Government Debt Grew During the Pandemic – Where is Greece? (infographic)

China’s factories are shutting down again, but not because of Covid

Eurostat: Inflation in Greece at 11.3% in July